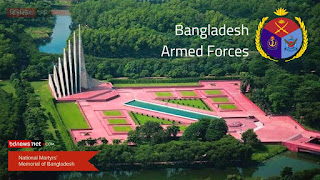 When British left they divided Bengal in two parts rather a United Bengal proposal made by its people and Leaders .The Pakistani to acted like Imperial British , Even greater than British oppression . They tried to change the language Bengali speak, took all of the foreign income and started to discriminate in Military Rank .