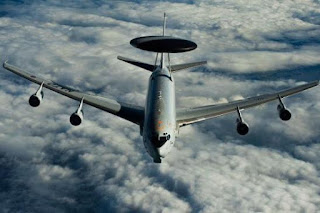 A fleet of 16 Airborne Early Warning and Control Systems (AWACS) aircraft equipped with long-range radars and sensors will be in syria and middle east after october 2016 .Earlier this year, NATO AWACS aircraft deployed to Konya, Turkey, as part of security assurance measures in light of increasing Russian activity along the Syria-Turkey border